Organizational Silos and the Walls of DISTRUST As companies grow,...
Technology

We’ve called it a cross between the Battle School...
Business

Beleaguered budget airline Spirit is poised to enter its fifth day of mass cancelations Friday after axing more than half of its flights Thursday.

Overall the airline has cancelled more than 1,700 flights since Sunday, as the airline struggles to overcome what its CEO said has been a problem that had been building for some time.

Spirit Airlines’ woes continued into their fifth straight day Friday, as the airline was forced to cut more than half of its flight on Thursday, with more cancelations incoming. Customers were seen Thursday waiting on line at the George Bush Intercontinental Airport in Houston

In a call with reporters Thursday night Spirit CEO Ted Christie said that a combination of factors, including staffing shortages and bad weather had led to chronic delays throughout July, which had in turn led to crews timing out, or reaching the maximum amount of time they could legally work per day. 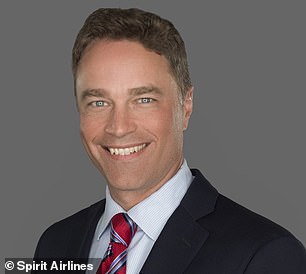 Spirit CEO Ted Christie said Thursday evening that the mass cancellations had been brewing throughout July, as a combination of staff shortages

‘We couldn’t get in front of it,’ he said, according to CNBC, and he estimated the cancellations likely affected tens of thousands of Spirit customers.

‘When we started canceling our crew got dislocated throughout the system. They were in the wrong places at the wrong time. And we needed to start to build that puzzle back together again. And unfortunately that takes our group a lot of time to do.’

Christi said the solution the airline saw was to make deeper and deeper cuts to its scheduled flights. 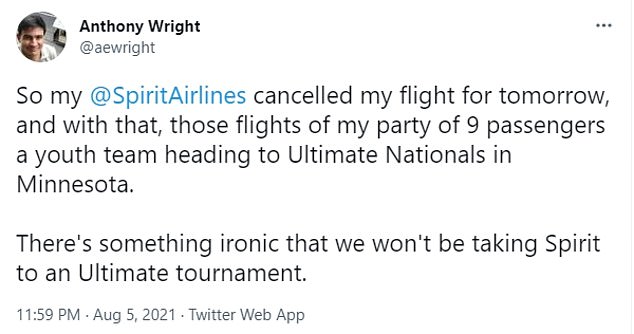 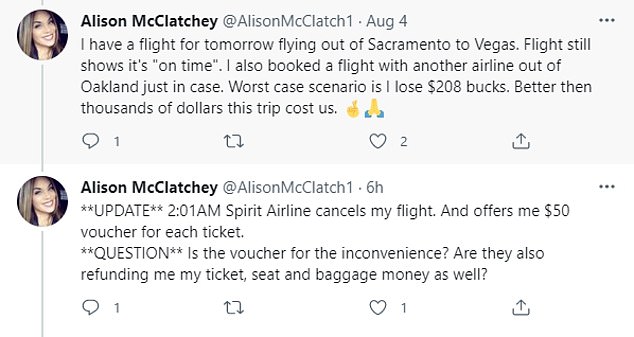 The good new is that’s now finally starting to bear some fruit. We are starting to turn the tide here and get our operation back moving again, there will still be cancellations over the next few days, but we can start to build back to the full operation,’ he said.

That might be cold comfort for the thousands of passengers who have had their travel plans delayed or outright ruined as a result of the mass cancellations.

Customers took to social media to express their displeasure at the disruptions.

One said his flight along with those of the members of his youth ultimate frisbee team headed to a national tournament in Minnesota was canceled Friday.

‘There’s something ironic that we won’t be taking Spirit to an Ultimate tournament,’ he said. 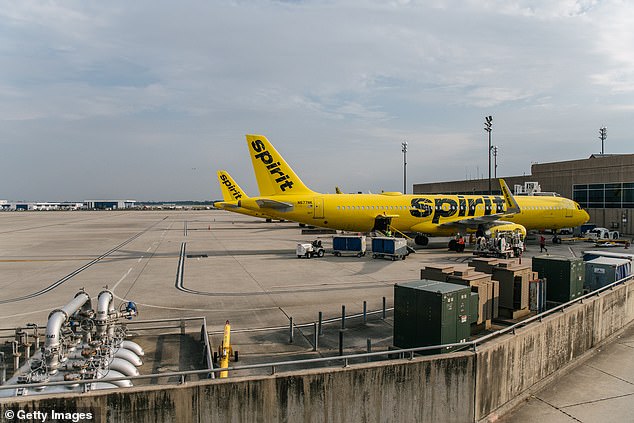 Spirit planes at George Bush Intercontinental Airport in Houston Thursday. The airlines CEO said he believes tens of thousands of customers have been affected by the cancellations 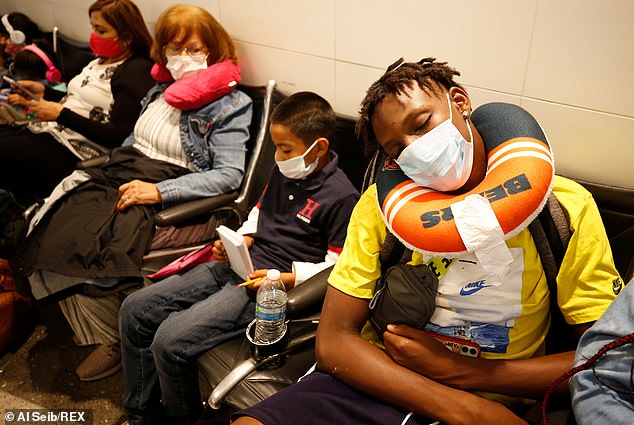 Customers of a cancelled Spirit flight Tuesday morning were force to sleep at LAX Airport. The mass cancellations have been occurring since Sunday

Another wrote: ‘My 2nd Spirit Airlines flight of the week was just cancelled.. a rebook from Tues cancellation.. you guys gonna pay for my new flight I’m booking with SW? Only way to make this right’

Another reported on Wednesday that her flight out of Sacramento to Vegas was still on schedule, but as of early Thursday morning her flight had been canceled.

Another tweeted that they needed to borrow $700 to purchase a ticket last minute because the airline had failed to let them know of their cancellation in time.

Others were just simply angry. ‘F**k @SpiritAirlines for canceling our flight hours before we had to be at the airport,’ tweeted another.

Other horror stories include those of seven months-pregnant Robin Wilson, who on Wednesday was left to fend for herself. 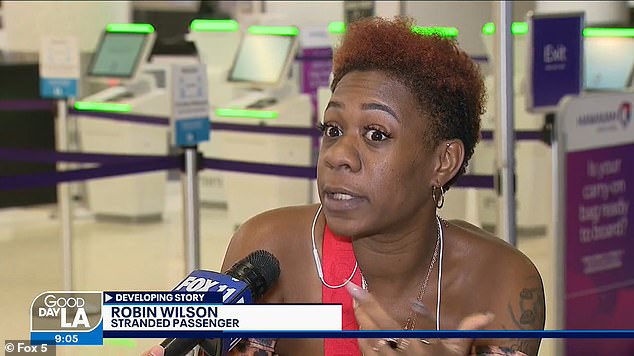 Robin Wilson (pictured), who booked a direct flight from Cleveland to Atlanta for Tuesday, is now stuck in Los Angeles until Thursday. She is seven months pregnant

Wilson’s intended flight from Cleveland to Atlanta was rerouted to LA. She was told by Spirit that she’d have to wait four days for the next flight, but Wilson did not have the funds to book a hotel to stay in.

She faced spending four days ‘living’ in the terminal of Los Angeles International Airport, and was only put up in a hotel when FOX 11 reported her story, and shamed Spirit into providing the ‘high risk’ passenger with accommodation.

‘I definitely don’t have a flight out from LAX to Cleveland until Thursday. [I have] no accommodations at all…I’m seven months pregnant, I’m high-risk,’ Wilson told the network before her issue was resolved. 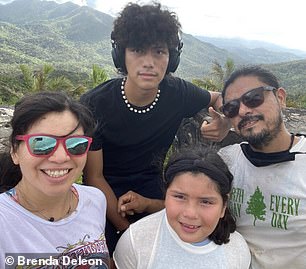 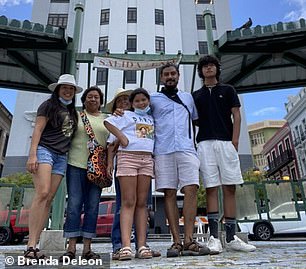 The Deleon family says their Puerto Rican vacation got extended from eight days to ten. While they were able to get rebooked on another flight home, the family did have to spend over $800 in additional expenses and accommodations

Brenda Deleon told DailyMail.com how her family’s eight day vacation to Puerto Rico had to be extended by two days – at a cost of $1,000 – because of Spirit.

After receiving notification of a cancellation late Tuesday night, Deleon tried to contact Spirit customer service but wasn’t able to speak with someone.

‘I called last night and was on hold for 42 minutes, but figured they were closed. This morning I went to the airport to talk to someone but the Spirit kiosk was empty,’ she said.

Deleon called the airlines 1-800 again on Wednesday and was able to rebooked their family’s flights for Friday at 2.50am. But, they still faced issues with accommodations.

‘[Spirit said] they will refund only half of what trip costs which is not an option since prices with other airlines skyrocketed. We have to wait it out.’