Multiple users have reported about fake advertisements for Bitwarden...
Leadership

After some initial hesitation Samsung confirmed that the next Galaxy Unpacked event will take place on August 11 and will go under the slogan “Get ready to unfold”. TM Roh, President of Samsung’s mobile business, dropped a few hints of what we should expect – the first S Pen for a foldable device, larger and more durable screens, improved multitasking and closer collaboration with Microsoft for the software development.

You may have been following the countless leaks closely, but if you haven’t, here is a summary of what will be unveiled on Wednesday. In short, two foldables (Fold and Flip), two watches and a new TWS headset. Let’s have a closer look at each one.

While there’s no Note21, S Pen support was added to the Galaxy S21 Ultra and it is coming to the Galaxy Z Fold3 as well. The 7.6” internal display will be larger than any Note phone so far, giving you extra room to jot down notes or sketch your ideas. However, the stylus will not integrate with the phone as well as it does with the Note models.

For example, you will have to charge it over USB-C, instead of having it charge when you sheath it into the phone. That’s because there’s no room for a stylus inside the phone. Instead, there will be a special S Pen case that will let you carry the stylus together with the phone. It’s not clear if the external 6.2” display will support the stylus or not. By the way, there should be two supported styluses: the S Pen Pro (expected to cost £70/€80) and S Pen Fold Edition. 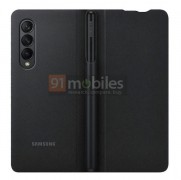 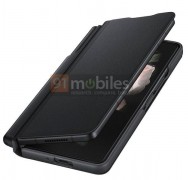 The internal display will also be Samsung’s first to feature an under display camera. It will shoot 4MP photos, though that is probably pixel binned from a 16MP sensor. The external display will have a typical punch hole camera (10MP). As for the main camera setup on the Z Fold3, we expect to see a triple 12MP camera again (wide, ultrawide, telephoto).

The foldable will be powered by Snapdragon 888 and (possibly) an Exynos 2100, distributed in the usual territories. The chipset should enjoy better cooling than the S21 Ultra. Battery capacity will be 4,400 mAh, in other words slightly smaller than on the Z Fold2. Interestingly, the Z Fold3 and Z Flip3 will be the first foldables to have water resistance with an IPX8 rating (up to 1m depth for 30 minutes or more).

The Galaxy Z Flip3 should have a smaller body than its predecessor while maintaining the battery capacity at 3,300 mAh. This year Samsung may be bumping up the wired charging speed from 15W to 25W (although some rumors say it’s still going to be 15W). The same 25W charger will be bundled with the Z Fold3 as well.

The Flip will maintain its internal screen size at 6.7”, but the external display will now be much more usable at 1.9” (it will be able to fit a couple of lines of text instead of a couple of words). The camera is not changing, however, the phone is getting the familiar dual 12 MP setup (plus a 10 MP selfie camera on the inside).

This phone will also be powered by the Snapdragon 888 chipset. It’s not clear if there will be an Exynos variant, there hasn’t been in previous iterations.

Samsung will launch a curious set of cases for the Galaxy Z Flip3, including some (vegan) leather, silicone and transparent options.

Samsung will unveil two watches – the Galaxy Watch4 Classic with a hardware rotating bezel and the sportier (bezel-free) Galaxy Watch4 model. Both will come in large and small sizes with 1.36” and 1.19” displays, respectively (450 x 450 px resolution in both cases). Also, battery life should be up to 7 days with a 361mAh power cell in the larger models and a 247mAh one in the smaller time pieces. 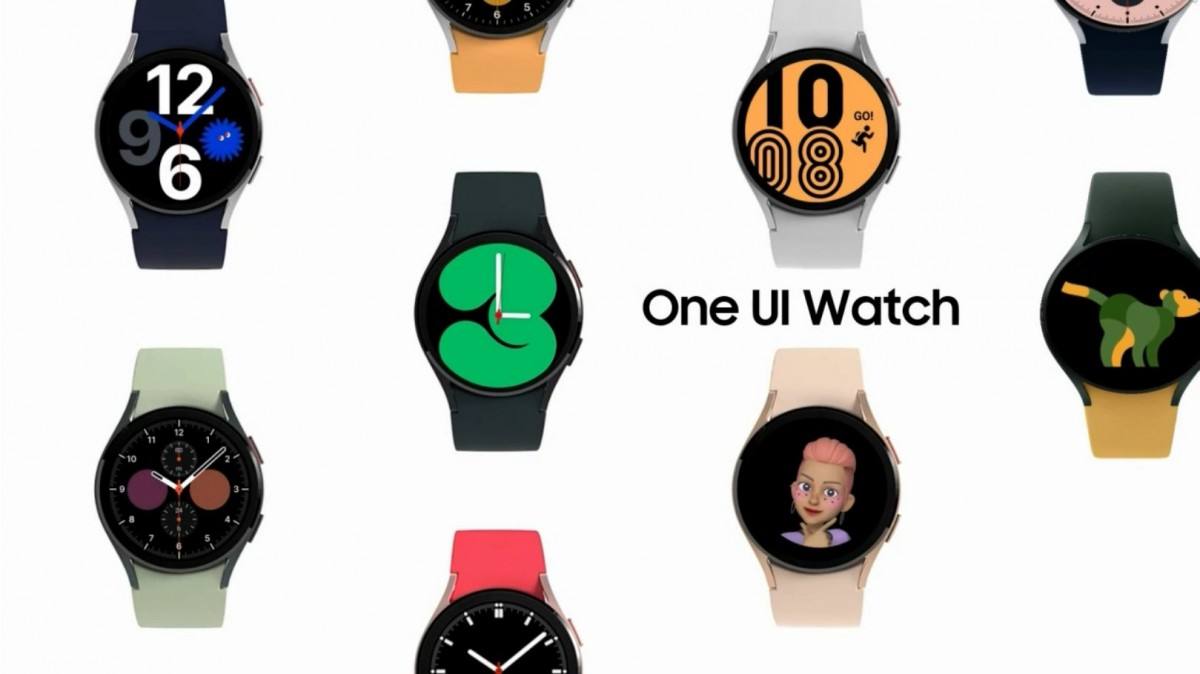 The Classic models will be made out of stainless steel and will measure 46mm and 42mm in diameter. The vanilla models will be aluminum and will be a tad smaller at 44mm and 40mm. Both models will have Gorilla Glass DX over the display, an IP68 dust and water resistance (rated up to 5 ATM).

After years of running the in-house Tizen OS, the new Watches will be moving to Wear OS, though with One UI Watch 3.5 on top. This means that Google apps (e.g. Maps) will be available on the Watch4 series, as will the Google Assistant (and Bixby too).

Samsung Health will be on board to count your steps, monitor your heart rate and blood-oxygen level (SpO2), there will be an ECG feature too, plus the watches will be able to analyze the wearer’s body composition. 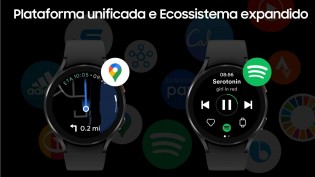 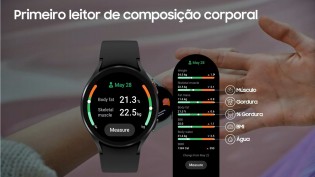 The Watch4 series will be powered by the Exynos W920 chipset, which is described as having “1.25x faster processing times compared to the Exynos 9110” and “8.8x smoother graphics performance”. The chip will be hooked up to 1.5GB of RAM (up from 1.0GB on the Watch3 series) and double the storage (16GB).

Samsung’s new TWS headset, the Galaxy Buds2, will feature Active Noise Cancellation (ANC) with 3 mics per earbud. Battery life for the buds alone will be 5 hours with ANC, 8 hours without, the case will add 13/20 hours more. Charging the buds for 5 minutes will give you nearly an hour of listening time. Qi wireless charging will complement the USB-C port. 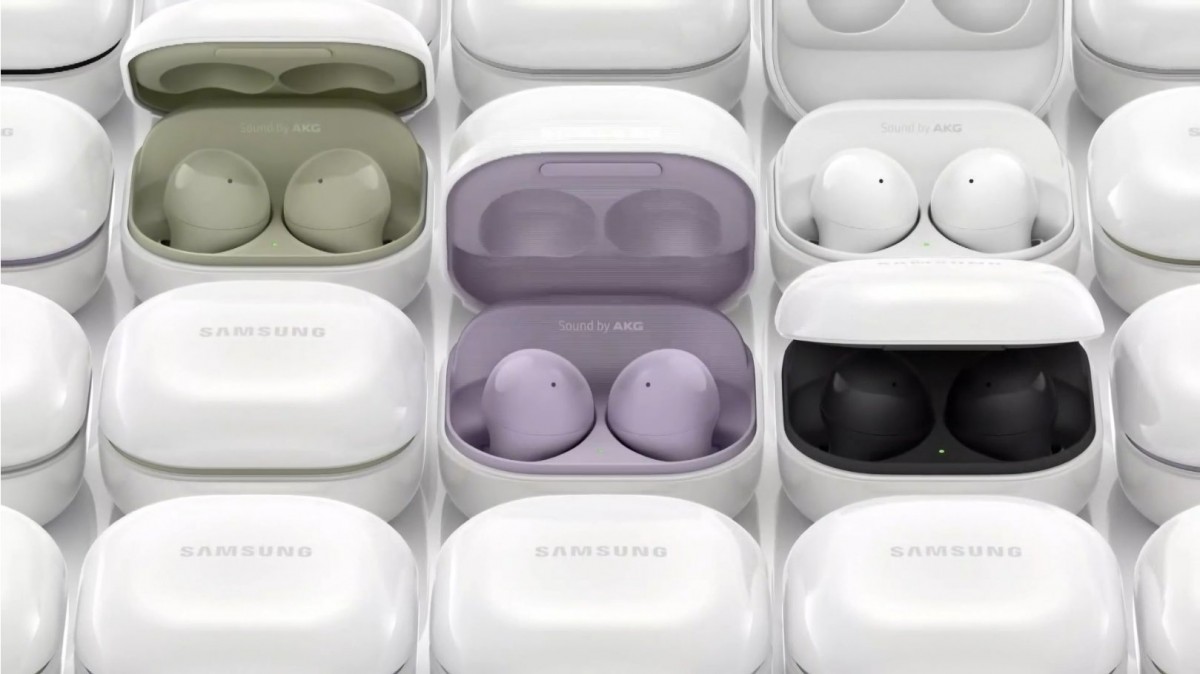 The Buds2 will feature two drivers per bud – an 11mm “woofer” and a 6.5mm “tweeter”. The buds will have a glossy finish and an IPX7 water resistance rating. Also, Bluetooth 5.2 support will come with a new pairing method, which doesn’t require the user to take the buds out of the case.

The Samsung Galaxy Buds2 will be available for €160. You can watch an early unboxing video for a closer look.

We’ve seen renders and specs for the Galaxy S21 FE, though the latest information we have is that the Fan Edition phone will not launch until October. This means no FE announcement at the Unpacked event. 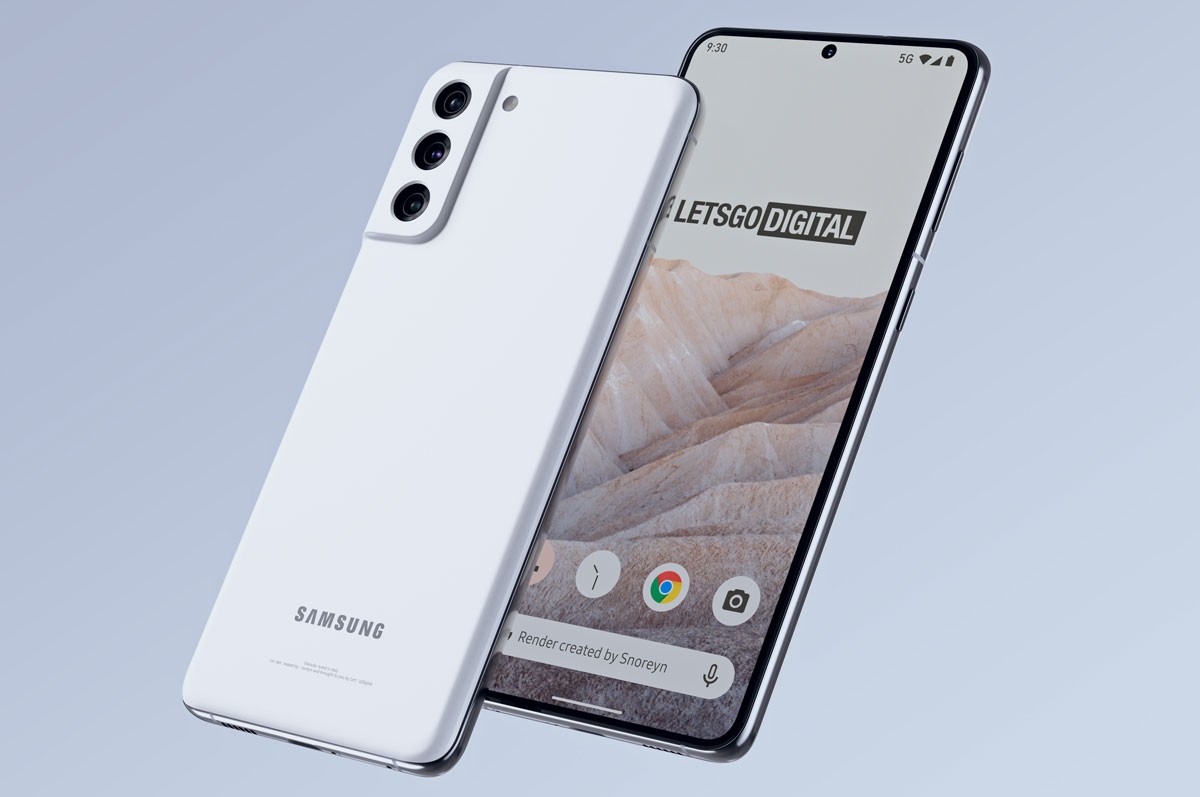