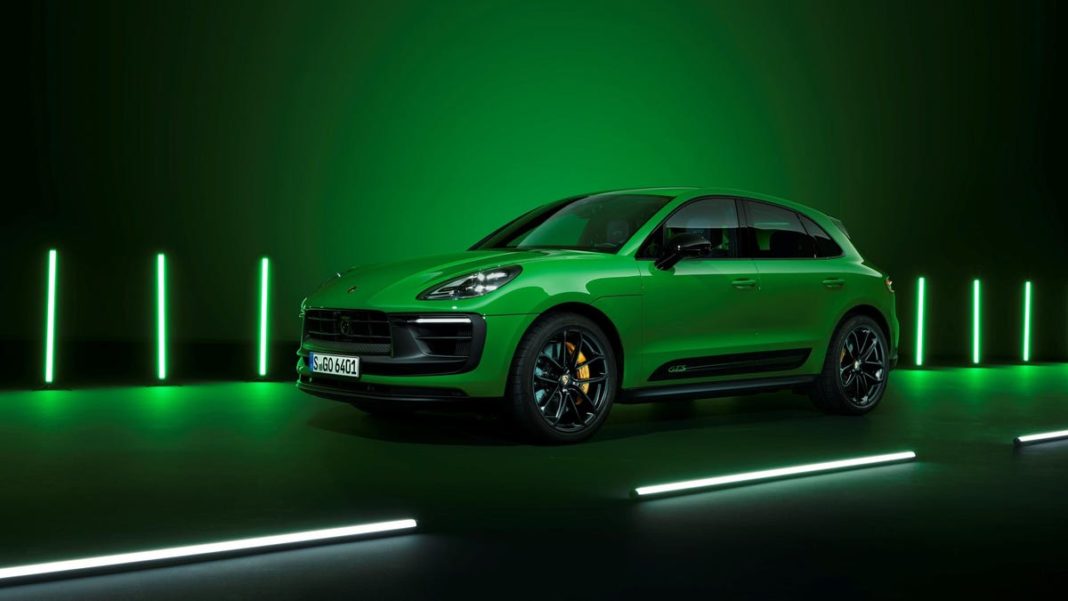 Porsche’s second-best selling model globally, the internationally lauded Macan compact sport utility, has received a slight facelift for the third time since it was launched in 2014. With a bit of new sheetmetal to give it a fresh face, and a model reshuffle to give every model more power, this is the gasoline-powered Macan’s last dance. A new all-electric Macan is coming next year for the 2023 model year, and the two will be sold alongside each other until the gas Macan exits production.

Obviously the car will also receive an interior update to match with the rest of the Porsche lineup, giving it layout more similar to that of the Taycan or 992, increasing the size of the dash infotainment system, and pushing the center console to haptic feedback buttons on a flat panel. It’s a familiar look that isn’t out of place in the new Macan. Surely the next all-electric version will have even more screens, but for now this one looks pretty great inside. The Macan now supports wireless Apple CarPlay, but hasn’t got Android Auto connectivity just yet.

The most interesting thing about the new Macan lineup is surely the death of the Macan Turbo. Don’t worry, the 2.9-liter twin-turbo V6 found in the current Turbo isn’t going anywhere. The engine will now be found under the hood of GTS models, which is the new top-of-the-line, and still produces an impressive 434 horsepower and 406 lb-ft of torque.

G/O Media may get a commission

The new GTS is going to be far sportier than the outgoing Turbo ever was, with 10mm lower adaptive air suspension standard (which is now 15 percent stiffer than it was in previous GTS models), an optional Sport Chrono pack 0-60 time of 4.1 seconds, and standard Porsche Surface Coated brakes. There is also a new Sport Package available for the GTS, which options up Sport Chrono, Torque Vectoring Plus, sport seats, and 21-inch wheels with high-po tires. Inside the Sport Package also gets carbon fiber, special color stitching, and “Race-Tex” interior fabric.

The 375 HP/383 lb-ft version of the 2.9-liter twin-turbo motor previously in the GTS will now be shifted downmarket to the Macan S. Even the base model Macan will receive a slight power boost from its Volkswagen-derived 2-liter turbo four, now making 261 horses and 295 foot lubs (up 13 and 22 respectively).

The new 2022 Macan will be available early next spring, while S and GTS models will deliver a few months later into the spring.