We first saw Tabs appear as a hidden feature in Build 22572, and were able to activate it using ViVetool. But, Microsoft removed it in later builds. File Explorer Tabs have been officially announced by Microsoft, with the release of Build 25136. It is identical to the one we tested previously, i.e., a + button appears on the Title Bar, clicking on which opens a new Tab in the current File Explorer window.

There are some important improvements in the latest release. Firstly, File Explorer has a right-click menu for Tabs, which you can use to close the tab, close other tabs, or close tabs to the right. You can rearrange tabs by dragging them with the mouse,  it’s a little clunky as you have to drag the tab to the edge of another tab to move it. 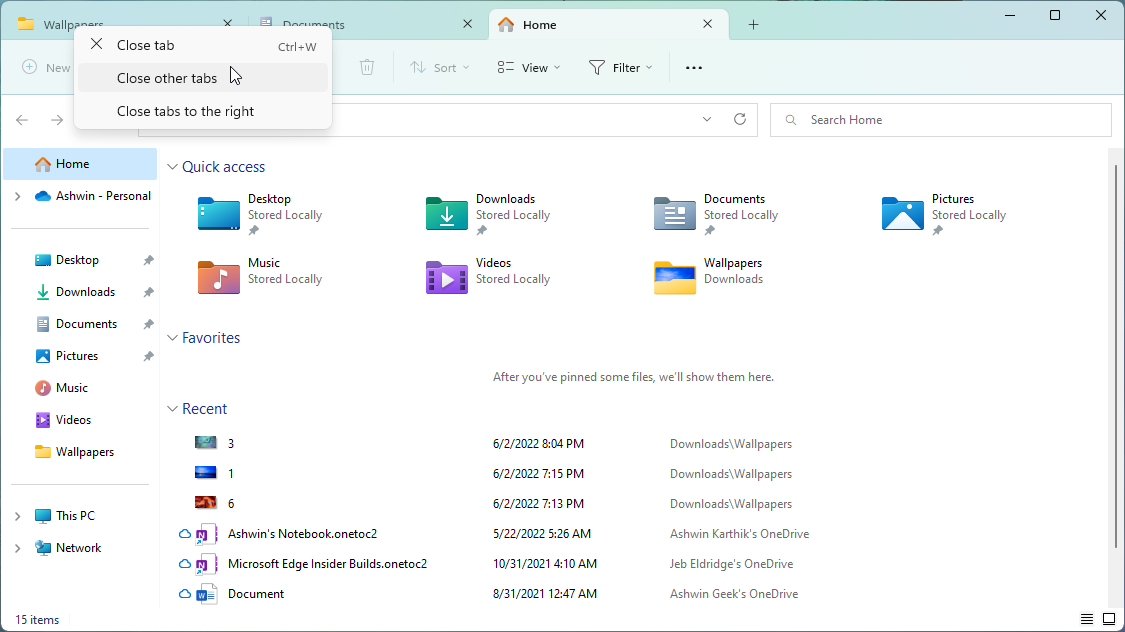 Use Ctrl + T to open a new File Explorer Tab, and Ctrl + W to close a tab, or use the middle-mouse button. When opening a folder, you can right-click on it and select Open in New Tab. This also works with directories listed on the navigation pane. 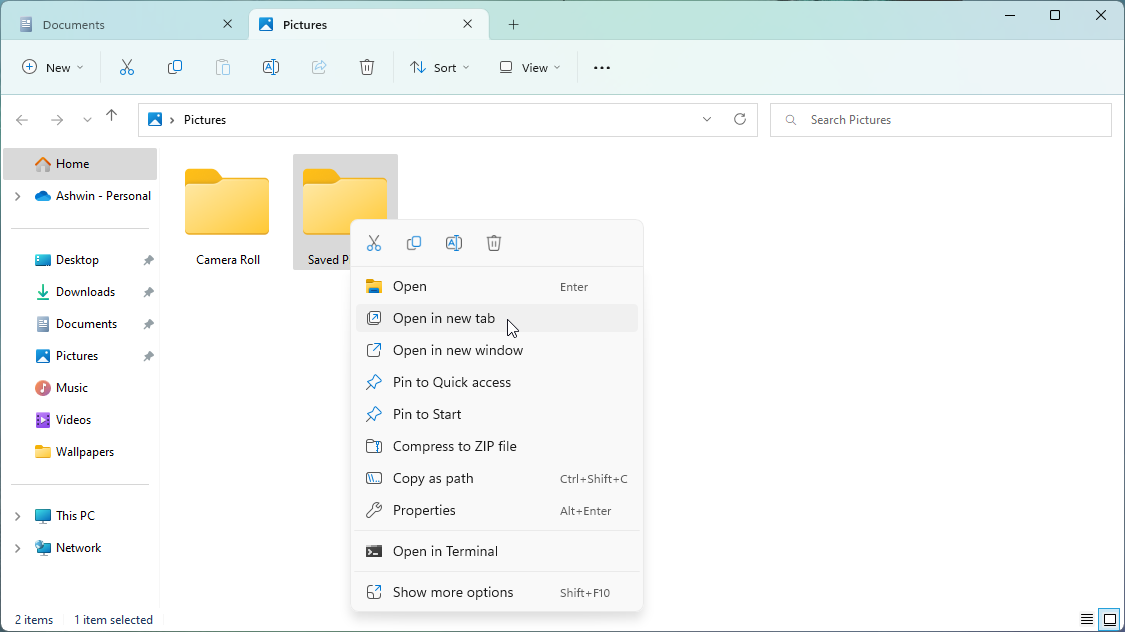 The feature is being A/B tested, so it may not be available for you. Don’t want to wait for it? You can enable it right away by using the following command in ViVetool.

The left navigation pane in File Explorer has been redesigned, it now includes shortcuts to the Home page, your OneDrive, your frequently used folders and pinned folders. Network drives and external drives that you have connected are listed separately at the bottom of the sidebar.

Don’t see the new Navigation Pane in File Explorer? The following ViVeTool Velocity ID should help you enable it.

Dynamic Widgets on the Taskbar

Microsoft is experimenting with Dynamic Widgets on the Taskbar, similar to the weather widget. It is introducing new ones for live updates from the Sports and Finance widgets, and breaking news alerts.

This feature is also being tested on a limited basis, and is not available for all users yet.

Users can now report inappropriate animated GIFs from the emoji panel. An issue was leading to some PCs being detected as Tablets, which prevented File Explorer’s Compact Mode and Hide Checkboxes option from working. This has been resolved. Microsoft says that it patched an issue that was causing a SYSTEM_SERVICE_EXCEPTION bugcheck in recent Preview Builds.

The taskbar has also received a couple of fixes, apps on the taskbar will not overlap with the system tray icons. Hovering over an app in the flash tray will not cause its notification to flash,

The Start Menu will list all recommended items as opposed to showing just one column. Pinning a lot of items to the Start Menu will cause it to refresh to display the shortcuts. Your disks and volumes should appear in the Disk and Volumes section in the System > Storage page.

Switching between the light and dark mode or changing the accent color should no longer crash Task Manager when launching it. A bug that was causing computers to freeze when the wsl -shutdown command is used, has been patched.

There are 2 new known issues listed in the release notes for Build 25136. Visual effects like Mica and Acrylic are not rendering properly in certain areas such as the Start Menu, Notification Center. The up arrow icon in File Explorer tabs are misaligned.

Microsoft is yet to fix the issues related to Easy Anti-Cheat, and Live Captions.

File Explorer Tabs are official in Windows 11 Insider Preview Build 25136. We take a look at how the new feature works.

See gas prices in each Florida county on this interactive map. Will the trend...