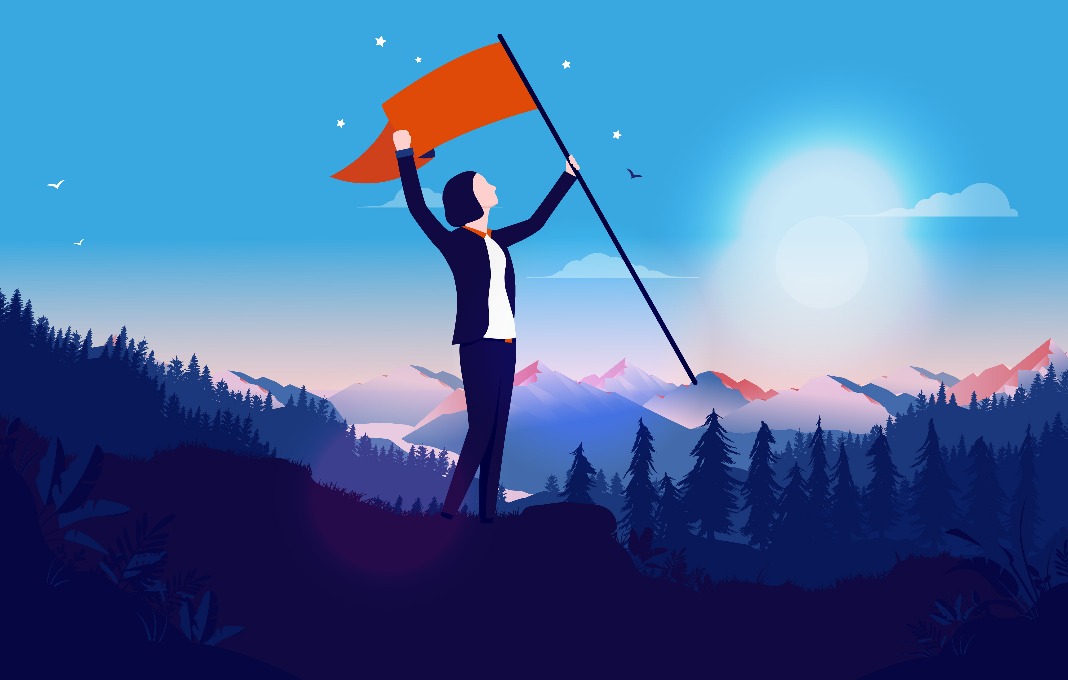 You know that feeling. That queasy, pit-of-your-stomach sensation. When it comes on, it’s familiar, but it’s still uncomfortable.

I’ve had that feeling more times than I can count since launching Hint nearly 20 years ago. My stomach was in constant knots back in the early days of Hint, when I risked my entire ownership stake in Hint in order to raise capital at the height of the Great Recession. A few years later, I had it again when a major retailer gave us two weeks’ notice that they were removing Hint from their cold cases in 10,000 stores in order to make room for higher-margin items like sandwiches. That account made up for nearly half our revenue at the time.

It’s that creeping sense—which every CEO experiences at some point—of operating just outside your comfort zone. You’re confronting a situation with no ideal answer or, worse yet, one that you don’t feel fully equipped to solve. But here’s the thing I discovered over time: I love it.

In fact, I wrote a book about it last year called, Undaunted: Overcoming Doubts & Doubters. One of the inspirations for writing the book was a recurring comment I’d often hear from audience members during the Q&A at speaking engagements.

“Would you say courage has been your secret weapon?”

“Have you always been fearless? Were you born this way?”

It’s true in some sense. I didn’t let fear or doubts hold me back from taking on challenges throughout my career. That’s different from being fearless, though. I’ve had plenty of fears. I’ve had plenty of people tell me that I wouldn’t succeed. But I confronted my doubts. I heard my skeptics. I pushed forward, and I got to work, mindful of the challenges that might try to stand in the way of progress.

As I started to knock down one set of fears, I gained the confidence to move on to the next ones and the next ones. At some point, I got accustomed to operating outside of my comfort zone. Once that became a place that was familiar to me, I actually started to thrive on the queasy feeling telling me that the challenge in front of me was not going to be easy. I knew that whether I succeeded or failed, I would learn, and I would be able to better confront the next hurdle in my path.

Uncertainty is scary. No doubt about it. I wasn’t born with a CEO or founder gene either—if that even exists. I was well into my 30s when I started Hint, and at the time, I could have taken a much more predictable route in tech. Maybe. But what that kind of opportunity lacked for me at the time was the desire to create something new and exciting with mission and purpose.

I may not have known it then, but when I launched Hint, I was choosing curiosity as my North Star. Along the way, I’ve encountered risk and unpredictability, which I got used to. And I got better at tackling those challenges when they presented themselves. I decided to live undaunted.

Living undaunted means staying curious and being okay with not having all the answers—being vulnerable and humbled more often than not. When you don’t have all the answers. When you’re up against the odds. When you must figure out how to move forward. All of this takes practice and a lot of perseverance. And those moments shape who you are as a leader.

And that’s what I plan to explore in this column. How have I—and fellow CEOs—navigated through those murky periods of unforeseen danger? What kinds of painful choices are you forced to make? What kinds of lessons do you learn that only come from lived experience? And ultimately, what is the mindset and mentality of The Undaunted CEO?