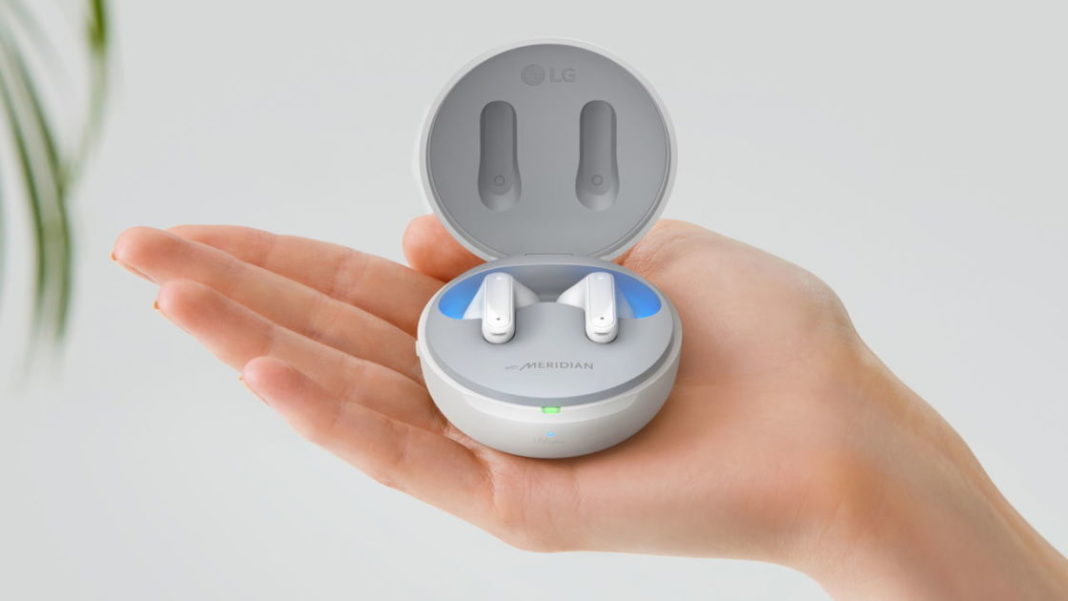 LG has updated its selection of Tone Free wireless earbuds with a trio of new models, a whispering mode, and a charging case that doubles as a UV cleaner. The new models include the FP5, FP8, and FP9.

LG called upon an ergonomic design technology lab to create a new Arc Design for the earbuds based on analyzing hundreds of ears. The biggest change from this analysis is an earbud stem that’s 4.4mm shorter than the older models. Sound quality has been enhanced by including Headphone Spatial Processing from Meridian Audio and 3D Sound Stage. Combined, listeners should expect more lifelike audio that can originate from all directions. Add to that active noise cancellation and the promise of more powerful bass.

In order to offer a better call experience, LG embedded three microphones in each earbud, allowing ambient noise to be more easily filtered out. There’s also a new Whispering Mode, which lets users hold the right earbud like a microphone near their mouth for clearer speech in locations that require talking softly or whispering, e.g. in a library.

Where the three models most noticeably differ is in the functionality of the charging case. Both the FP8 and FP9 models include UVNano, which consists of a UV-C LED built into the Tone Free case that kills 99.9% of bacteria on the earbuds in just five minutes. For some reason only the FP8 model supports wireless charging, though, but the FP9 model has an extra feature to make up for that.

The FP9 case can double as a wireless dongle. It’s called Plug & Wireless mode, and it allows the earbuds to be used with devices that don’t support Bluetooth. Instead, the case plugs in to the device using a USB-C to AUX cable so the earbuds can wirelessly communicate through it.

Recommended by Our Editors

For the FP8 and FP9 models, LG claims 10 hours of battery life for the earbuds and 24 hours with the case. For the FP5 model, it’s eight hours and 22 hours respectively. As you’d expect, both Android and iOS are supported and all models are IPX4 rated. Pricing has yet to be announced, but they should start to become available in some markets before the end of July in three color options (see image above).

This newsletter may contain advertising, deals, or affiliate links. Subscribing to a newsletter indicates your consent to our Terms of Use and Privacy Policy. You may unsubscribe from the newsletters at any time.