Home Latest News ‘Is Versatility Your Blessing Or Your Curse?’ 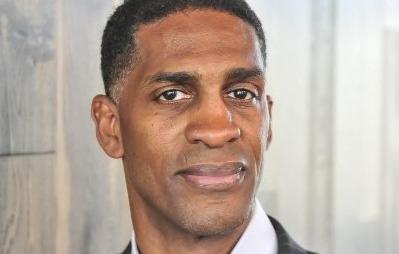 Charles Smith spent 10 years in the NBA, playing with the Los Angeles Clippers, New York Knicks and San Antonio Spurs. During that window, he was often asked to assume new roles, sometimes in mid-season. “I’ve always wondered how much more I might have been able to accomplish if I had been able to be in one position at one place and get really good at doing certain things,” Smith said. “But that wasn’t what my teams needed from me.”

The one skill he worked on constantly was shot blocking, and still today he ranks in the NBA’s top one percent of all-time shot blockers.

After retiring, he participated in the Executive Entrepreneurs program at Stanford University and has recently partnered with Fierce Inc., a global leadership development and training company whose client roster includes Apple, Coca Cola and HBO. One of Fierce’s critical areas of focus involves helping teams communicate better.

“There’s an old saying in sport,” Charles said, “The game tape or practice tape doesn’t lie. If you fall down, it’s there for all to see. Businesses don’t have tape like sports teams do, but they do have measurables.”

And if the tape doesn’t get you, observed the 10-year NBA player, a good teammate will. “If I messed up on the floor, Charles Oakley would be the first one to say, ‘C, get your butt over there when you’re supposed to!’” recounted Charles of his former Knicks teammate. “We need more of that accountability in corporations. I found that in corporations, there’s more room to deflect mistakes or hide lack of hustle. We need to speak truth to each other.”

Listeners to this podcast will enjoy Smith’s no-nonsense insights forged in the heat of world-class competition, including:

• The major difference between “accommodating difference” and ducking an issue using “fake tolerance,” and why the latter can be the kiss of death to organizations

• How (and why) having hard conversations enables leaders to build more, rather than less, trust with their teams.

This podcast is a slam dunk for leaders who want to push themselves and their teams to the next level. Have a listen.