Last year was among the stock market’s worst since...
Executive News

HE FACED. THE HEADLINE WALTERS ARGUES THAT MERIT BASED...
Technology

After years of rejections, The Legend of Zelda might finally become a Lego set

For all you Zelda fans out there, I can...
Business

A new SKU from Intel’s Core P-series with lower TDP has been put through Geekbench CPU test.

Intel’s new Core i5-1350P processor has just been tested with Geekbench software providing first performance figures on this new 12-core CPU for low-power laptops. This leak appears exactly a month after Core i7-1370P was featured in the same benchmark.

This CPU offers 12 cores and 16 threads, which means 4 Performance Cores combined with 8 Efficient cores. The same configuration was used for current-gen i5-1250P CPU. What has changed are the clocks, the base clock is now 1.9 GHz (+200 MHz) while the turbo clock reaches 4.7 GHz (+300 MHz).

The CPU has appeared alongside Acer TravelMate P614-53 laptop, which is a lightweight laptop for business. Intel’s P-series are very commonly used by such systems that can rely on integrated graphics only. 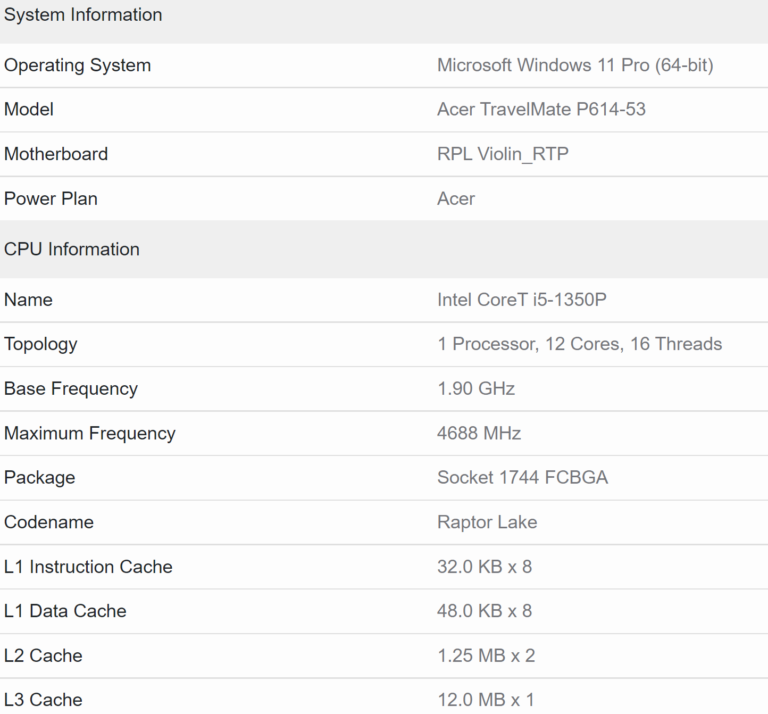 Since 12th Gen Core P-Series are not listed in the official Geekbench ranking, finding a reference point for comparison could be problematic. However, Notebookcheck have suitable data based on their own testing which shows that Core i5-1350P is 6% faster in single-core test and 2% faster in multicore compared to the predecessor (Core i5-1250P).

Companies such as Acer are to announce new thin-and-light laptops very soon. Intel is set to launch its 13th Gen Core P series as early as next week at CES 2023. Thus far we have confirmation on two Intel 13th Gen Core P-Series SKUs, both are listed in the chart below:

After years of rejections, The Legend of Zelda might finally become a Lego set

Last year was among the stock market’s worst since...

HE FACED. THE HEADLINE WALTERS ARGUES THAT MERIT BASED...

Last year was among the stock market’s worst since...

HE FACED. THE HEADLINE WALTERS ARGUES THAT MERIT BASED...