Multiple users have reported about fake advertisements for Bitwarden...
Leadership

As many players already know, Aloy from the Horizon game series will become a playable character in the upcoming versions of Genshin Impact. Gamescom expanded on this in their recent stream, showcasing her new character trailer. Furthermore, Gamescom revealed the official date of an upcoming Genshin Impact music concert that viewers can watch from home.

The Genshin Impact concert, Melodies of an Endless Journey, will take place on 3 October 2021. The event will last around 90 minutes, featuring stages in multiple countries including Belgium, South Korea and the US.

Several different artists will perform at Melodies of an Endless Journey. Yu-Peng Chen, composer and music producer of HOYO-MIX, will be responsible for the original Genshin Impact music. The authentic video game music will be played with an orchestra, and various artists will contribute their cover versions as well.

Belgian composer Dirk Brossé will also be involved in the Genshin Impact concert, and will conduct symphonies from the Flanders Symphony Orchestra.

Gamescom Opening Night Live also had something to offer for Genshin Impact players hoping for in-game news. Though the information isn’t exactly new, Aloy from Horizon Zero Dawn will arrive in Genshin Impact as its first collaborative character.

“Everything I do is in the service of life, not death. That’s why I’m here with you.”#Aloy
Savior From Another World
Nora Huntress
Cryo
Nora Fortis

Much of Aloy’s playstyle was already revealed in the 2.1 livestream, but Gamescom did show off a new Aloy trailer. 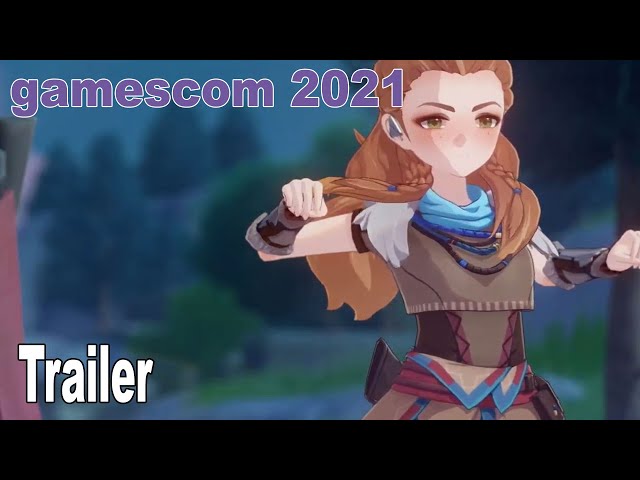 Although the new Aloy trailer shows off more of the character’s gameplay and features some voicelines, many viewers were hoping for something more substantial. Many who tuned into the Gamescom livestream for Genshin Impact news were a little disappointed to say the least.

we were told that there was gonna be a “special announcement” from genshin in gamescom (a videogame event), two hours later it was just an announcement for aloy & the concert, which we already knew ? but at least we got the first 30-second teaser + the date for the concert ig !

Genshin Impact players may have hoped for more news about the upcoming one year anniversary, or perhaps a Nintendo Switch release date. Unfortunately, the Gamescom Opening Night Live didn’t provide anything of the sort.

The Genshin Impact concert date and Aloy’s trailer are both interesting developments for fans of the game. However, considering the expectations, the Gamescom reveals were pretty underwhelming. Players will have to keep an open ear for more news from miHoYo and Genshin Impact leakers to learn more about future content.

Also read: Genshin Impact 2.1 F2P Primogems guide: How to get 9350+ Primogems in next update