Good morning and welcome to our daily digest of automotive news from around the globe, starting with…

The loopholes EV manufacturers have been able to exploit have seemingly closed now that President Biden has signed the Inflation Reduction Act into law. The law will now set requirements for manufacturers to qualify for federal tax credits, ensuring that a large percentage of EVs in question are built within the U.S. Automakers will no longer be able to actively turn orders into binding agreements to take advantage of the previous limits.

This could be the future of muscle cars — an all-electric Dodge Charger Daytona Concept. The new 800-volt powertrain has been dubbed “Banshee,” and is said to eclipse the Hemi, Hellcat, and Redeye combustion engines. The electric charger uses a multi-speed electro-mechanical shifter to inject some driver involvement back into driving, while a push-to-pass PowerShot system will be used for sudden bursts of acceleration. While Dodge has not yet specified output figures, or whether the concept will make it to production, a roadgoing car will likely appear in time for 2024.

The Porsche 911 GT3 RS has been unveiled at Monterey Car Week, and as an earlier leak confirmed, the new edition turns the racecar-for-the-road theme up to 11. The GT3 RS features a 4.0-liter flat six with a 518 hp (525 PS) mated to a 7-speed PDK’ box for a 0-60 mph (97 km/h) of 3.2 seconds. The GT3 RS is a corner king though, with a litany of aero updates, including L-shaped vents on the hood, a two-deck rear spoiler, small winglets ahead of the front wheels, and a bigger pair of vertical fins behind them. Porsche says the RS can create a total of 902 lbs (409 kg) of downforce at 124 mph (200 km/h), twice that of its predecessor and three times that of the GT3. 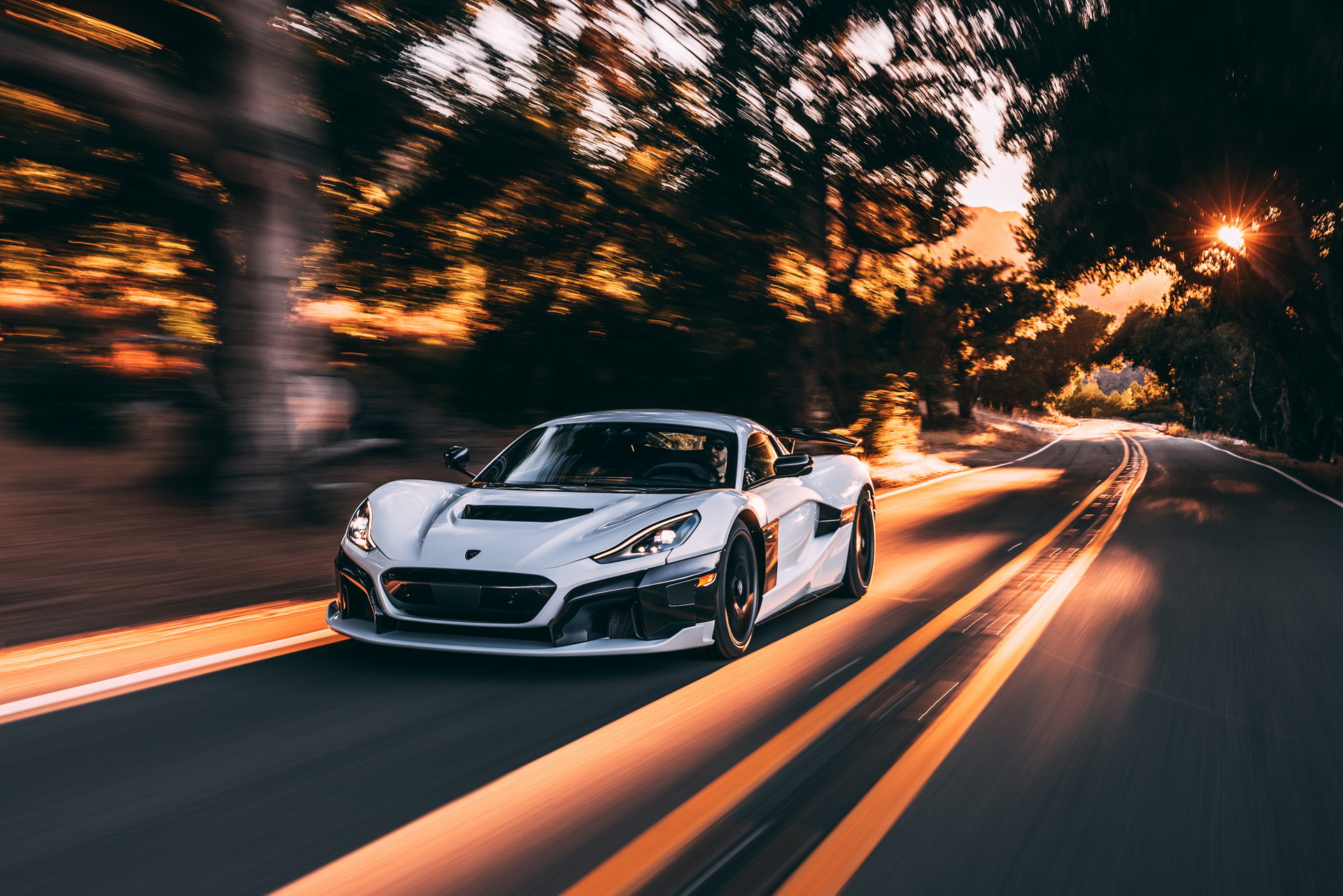 A pair of production Neveras will make their U.S. debut at The Quail, a Motorsports Gathering in Carmel Valley, California, before heading onwards for a nationwide tour. The aim is to give potential customers a closer look at the all-electric hypercar, which is now ready to be shipped to customers across the world.

Cadillac is returning to the ultra-luxury segment with the Celestiq EV and has begun testing its new challenger on public roads. Images of the prototype show a slightly revised central air intake and conventional side mirrors. Meanwhile, Motor1 also has pictures showing a revamped rear end with a more traditional bumper, which now incorporates reflectors.

Acura has unveiled its new LMDh racing car, the ARX-06. The new endurance racer will use a 2.4-liter V6 hybrid drivetrain that borrows technology from Honda Performance Development’s F1 program and is capable of revving up to 10,000 RPM. The clean-sheet design will compete against Porsche, BMW, and GM in IMSA’s pinnacle GTP championship.

The era of electric performance cars is well and truly upon us, and BMW’s M division is continuing to muscle in on the territory as it tests a quad-motor prototype. The base of this new prototype is the BMW i4 M50, but it features a unique driving dynamics control system and revised chassis. Another notable feature is the translated snout from the M3, while we’re promised an “unprecedented level of performance” from the concept, even if we don’t know if it’ll translate into a production model.

What Else Is Making The News

TikTok to teach influencers about US mid-term election rules https://t.co/V8dpyeOSTt

Tiktok is gearing up ahead of the U.S. mid-term elections, as it aims to limit misinformation and ensure that its policies are adhered to. According to the BBC, TikTok said it would publish educational content and host briefings with influencers and advertising agencies “so the rules of the road are abundantly clear when it comes to paid content around elections.”

Amazon Is Testing A TikTok-style feed

Amazon is testing a feature in its app that would show users a TikTok-style photo and video feed of products for shoppers to share with other users https://t.co/zuLpDtAuts

Despite the backlash that Instagram generated after trying to emulate social media platform TikTok, it seems retailers now want to follow suit, as they aim to increase engagement. As reported by The Wall Street Journal, Amazon is now internally testing a TikTok-style feed in its app with a vertical photo and video feed.

Elon Musk and Twitter dig for evidence as trial looms