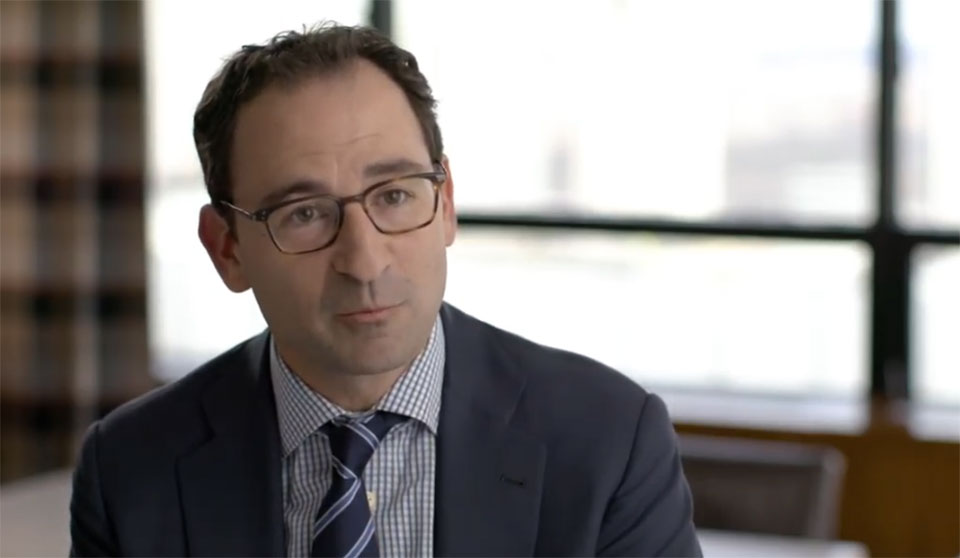 Jonathan (“Jon”) Gray, president and COO of the Blackstone Group, vaulted into the ranks of the world’s 500 richest people after shares of the investment giant have soared amid a flurry of dealmaking and strong earnings.

His fortune has jumped more than 50% this year to $5.9 billion. He ranks as the 495th wealthiest person in the world.

He now owns more than 41 million shares and partnership units in Blackstone. He lives in Manhattan with his wife and their four daughters, Margo, Emma, Stella, and Tess. He received a BS in Economics from the Wharton School, as well as a BA in English from the College of Arts and Sciences at the University of Pennsylvania.

Blackstone’s shares have risen about 12% this week and 72% since the beginning of the year. The increase in share price has pushed Blackstone’s total market value to $134 billion, or about $2 billion more than that of Goldman Sachs Group Inc.

Gray is is a member of Blackstone’s Board of Directors. He sits on its Management Committee and most of its investment committees. Mr. Gray previously served as the firm’s Global Head of Real Estate, which he helped to build into the largest real estate platform in the world. He joined Blackstone in 1992.

Mr. Gray currently serves as Chairman of the Board of Hilton Worldwide. He also serves on the board of Harlem Village Academies. He and his wife, Mindy Basser, established the Basser Center for BRCA at the University of Pennsylvania School of Medicine focused on the prevention and treatment of BRCA related cancers. They also established NYC Kids RISE in partnership with the City of New York to accelerate college savings for low income children.